Acne scars are a common long term side effect of chronic uncontrolled acne. Scarring results from the destruction of skin tissue from acne infection and often as a response to “picking”, which most acne sufferers find difficult to resist. Acne scars are always red in the beginning and eventually fade to a normal or near-normal skin color. Fractional Lasers such as MiXto, Fraxel, ActiveFX and others have become the most effective and most tolerable tool in lessening the appearance of acne scars by smoothing the skin.

Some other lasers such as the GentleMax Laser can reduce initial redness faster than simply waiting for the redness to resolve on its own. Orange County patients who want a faster one-time improvement may choose a fully ablative laser such as the Sciton erbium laser, though this does involve a period of downtime and healing. In some instances, fillers are used to lift the “scar floor” making the scars temporarily less visible. Any and all of these treatments help minimize the psychological effects of living with acne scars. If you have active acne, a control program is extremely important in preventing scarring or preventing the worsening of scars already present.

As both a dermatologist and cosmetic surgeon, Dr. Sikorski has the skills and technology available to help OC patients restore their skin to its most improvable appearance.

Shallow saucer scars are the result of tissue destruction which is followed inflammation and infection. These scars can be treated with MiXto Laser or Fraxel laser. Multiple chemical peels or microdermabrasion Improves these scars to a lesser degree.

– raised firm scars – are occasional responses to acne. Treated with cortisone injections to the scars. Laser ablation with the Sciton laser may be an option if there are multiple raised scars.

Icepick scars are the result of deeply embedded cystic acne and can be treated with punch excision, subcision, followed by MiXto Laser.

These scars are lesser versions of all the above – Treated with subcision and MiXto Laser or Fraxel Laser.

– Generally treated with chemical peels and/or PhotoDynamic Therapy which helps shrink the oil gland and create a surface peel.

Why do I get Acne Scars?

Some of the milder forms of acne don’t result in a scar, but cystic acne will almost always create some type of permanent scar. The infection caused by acne causes inflammation on the affected area that literally kills skin cells and supports tissues destroying that area of the skin. Therefore, acne scarring is the result of tissue destruction on the area affected by acne. It is a cruel reminder of a cruel disease.

left behind after acne lesions have healed are not really scars at all, but small broken capillaries caused by acne inflammation. Redness can last 6 months or longer if untreated, but eventually fades to normal. At Natural Image OC in the Orange County area, we can use the GentleMax laser for a quick redness reduction.

Some patients who suffer from acne experience brown marks following acne. In this case, Dr. Sikorski may treat you with Cosmelan to reduce and blend pigmented areas on the face. Other options might include topical creams like Azelaic Acid.

Can Laser Treatments Remove my Scars?

First and foremost, nothing will completely clear up acne scars and that is very important for Orange County patients to understand. We can provide improvement with laser treatments and minor surgical procedures such as subcision, but to date, there is not a complete remedy for acne scarring. The most realistic treatment goal is to gain visible improvement, accomplished with lasers such as MiXto Fractional Laser or the Sciton Erbium Laser, which smooths down the area surrounding the depression and helps build up the “shallow” scars by new collagen production so the scars blend better into the surrounding skin.

What Other Treatments will Help My Scars?

There are several alternatives for more minimal or temporary improvement. Microdermabrasion, chemical peels or Cosmelan, and dermal fillers such as JUVÉDERM® Injectable Gel can be used as well to help to reduce scar appearance.

Subcision is performed with a special needle that separates the base of the scar from fibrous “roots” that exaggerate the scar’s appearance. In some patients subcision is used to free the scar tissue so it is not pulled inward. This allows the tissue to rise closer to the level of undamaged skin. Although subcision is technically a surgical procedure, in some instances it is an effective choice and is quite simple.

Preventing acne scars is a primary goal of early acne control, and the sooner you effectively treat and control your acne, the less risk you have of scarring.

If you suffer from severe acne, the potential for acne scarring is almost a certainty. You may be a candidate for (Accutane (Isotretinoin) if you suffer from Severe and Resistant Acne and Cystic Acne. Dr. Sikorski will assess your acne severity and if deemed necessary and other treatments have failed, may recommend this powerful acne treatment. (The use of this medication requires strict adherence to the FDA-required (I Pledge Program). Photodynamic Therapy is also available for treatment of severe acne.

Are you ready to improve your appearance? 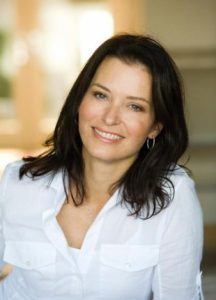 You’ll enjoy a relaxing visit to our office where you can ask questions, meet our staff, take a tour of our office and surgical suite and view additional photo results of our OC patients.

Your consultation assessment is with Dr. Sikorski, not an impersonal or commissioned salesperson. Fees and procedure preparations are discussed with our patient coordinator, who will detail the surgical experience with you.

We look forward to meeting with you and helping you find the simplest solution to achieve the goals you desire. Contact us for more information on acne scars or to schedule a consultation with Dr. Sikorski in the Orange County area. Call (949) 448-0487. 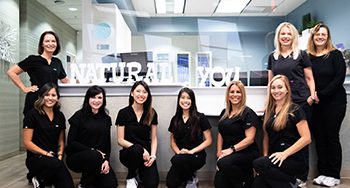