One of every three cancers diagnosed in the United States this year will be skin cancer, for a total of more than 700,000 new cases. The risk of skin cancer is greatest in summer because ultraviolet rays from the sun are the main cause of skin cancer.

Fortunately, the most common types of skin cancers have a cure rate of more than 95% if they are detected and treated early. Even better, almost all skin cancers can be prevented simply by protecting the skin from the sun’s harmful rays.

Dr. Sikorski has extensive experience in the diagnosis and treatment of all types of skin cancer and precancerous conditions and performs Mohs Skin Cancer Surgery in the Orange County area.

Using a special magnified viewing scope with a bright LED light called a dermatoscope, gives a highly magnified cross polarized view of skin lesions both on the surface and within deep skin structures. A trained skin cancer specialist can utilize these special screening tools to more precisely examine the skin for early cancer detection and to also reassure Orange County patients if a suspicious lesion is not showing evidence of cancerous vasculature. Dr. Sikorski uses the Dermlite developed by 3Gen.

Skin cancer in general is a very frightening disease and is the most common cancer in humans. However, there are two positive aspects to skin cancer:

Basal cell carcinoma is the most common form of skin cancer. It usually develops on areas that are frequently exposed to the sun and is noticeable as a small, round, raised, red spot. If BCC is detected early, the chances of cure increase significantly. However, if BCC is left untreated it tends to grow in a very destructive and disfiguring way.

Smooth, pink bumps with a pearly sheen that later crust, ulcerate, and bleed.
Commonly occur on the sun exposed parts of the body, especially the head, neck and hands. Read complete information on Basal Cell Carcinoma on Skinsight.com.

Who’s at risk for BCC?

What types of treatments are used for Basal Cell Skin Cancer?

In addition to the treatments noted below for SCC there are other methods of attacking Basal Cell Skin Cancer.
These include:

Squamous cell carcinoma is the second most common skin cancer. Just as BCC, Squamous cell carcinoma develops on areas of the body that are most frequently exposed to the sun. It is a slowly growing cancer with a tendency to spread to other parts of the body. There is often a relation to actinic keratosis which is a preliminary stage of skin cancer. If SCC is detected early the chances of cure increase significantly.

Raised, scaly, pink, wart like growths, which ulcerate as they enlarge. These are also common on the sun-exposed areas. Read complete information on Squamous Cell Carcinoma on Skinsight.com.

Rarely, the squamous cell carcinoma may spread internally (metastasize). Squamous cell carcinomas that develop in scars, on the lip, and on the ear have the highest risk of spreading. Lymph nodes may need to be examined for the presence of SCC. If internal spread is suspected, referral to an oncologist (a physician specializing in cancer treatment) for possible chemotherapy or other treatments would be appropriate.

Finally, it is important to remember that treatment of squamous cell carcinoma is not complete once the skin cancer has been removed. Frequent follow-up appointments with a dermatologist or with a physician trained to examine the skin are essential to ensure that the SCC has not recurred and that a new skin cancer has not developed.

Malignant melanoma is the most dangerous and life-threatening skin cancer of all killing nearly 7,000 Americans each year. MM has a great potential to spread to other parts of the body. Certain moles have the tendency to change their appearance and turn into MM. Because of its severity, it is important that MM is detected as early as possible to increase the survival rates.

Melanoma masquerades as innocent skin growths or moles. They can look like a mole, bump or growth on the skin. It can appear anywhere on the body. In Orange County men, melanoma is found most often on the chest, stomach or back, and in women it is found most often on the legs. Beware of any development of a multicolored mole with jagged uneven borders or any other change in size, shape or color. Unlike the other skin cancers, these can occur on any part to the body.

Sometimes there are abnormal skin areas and lesions that are not yet skin cancer. Since these skin lesions have the potential to turn into skin cancer, they are called precancerous lesions. This precancerous condition is called Actinic Keratosis.

Actinic keratosis is a precancerous skin disease that is often associated with Squamous cell carcinoma. It nearly always occurs in areas that are frequently exposed to the sun. Actinic keratosis looks like a harmless rough scaly skin patch, but it can turn into skin cancer. This is why it is important to pay attention to your skin and treat actinic keratosis so that it does not turn into cancer.

Who’s at most risk for skin cancer?

It is most commonly seen in elderly and light-skinned Orange County patients with a large amount of sun exposure. Risk factors for the development of squamous cell carcinoma include:

How can I help avoid getting skin cancer? 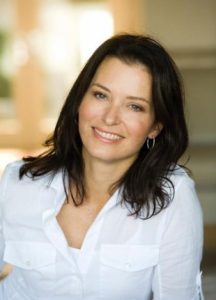 You’ll enjoy a relaxing visit to our office where you can ask questions, meet our staff, take a tour of our office and surgical suite and view additional photo results of our Orange County patients.

Your consultation assessment is with Dr. Sikorski, not an impersonal or commissioned sales person. Fees and procedure preparations are discussed with our patient coordinator, who will detail the surgical experience with you.

Contact Dr. Sikorski if you believe you may have any of these skin cancer conditions. Schedule a consultation with Natural Image OC at their office in the Orange County area. Call (949) 448.0487.